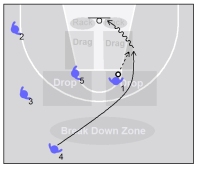 I don’t claim that the way we’re running the dribble drive is much different than what other people runs – in fact most of it is just taking the best of Walberg’s and Calipari’s options and combining them. We do try to look out for new options, though, and a few of them end up being part of the way we run the offense.

During preseason we’ve experimented with new options and one option is really standing out. As a part of the way we teach the offense we don’t teach the drop zone kick-up until we’ve put everything else in and can run it really well, as that option very easily becomes the primary option, and we feel the offense has much better options.

Because of this we’ve had a chance to really look at the drop zone back door options, and we’ve added a wrinkle inspired by Calipary, but which fits in really well with Walbergs original offense.

On the drop zone stop our looks are the normal ones: 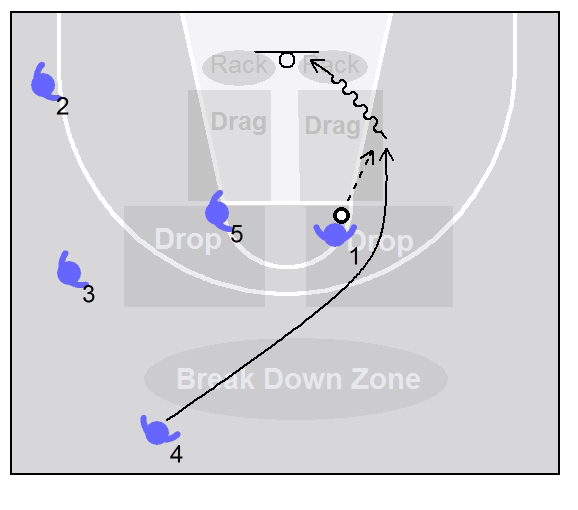 We find that there’s almost no possibility of defensive help on this option as we have cleared the side and shooters are spotted up on the weak side. 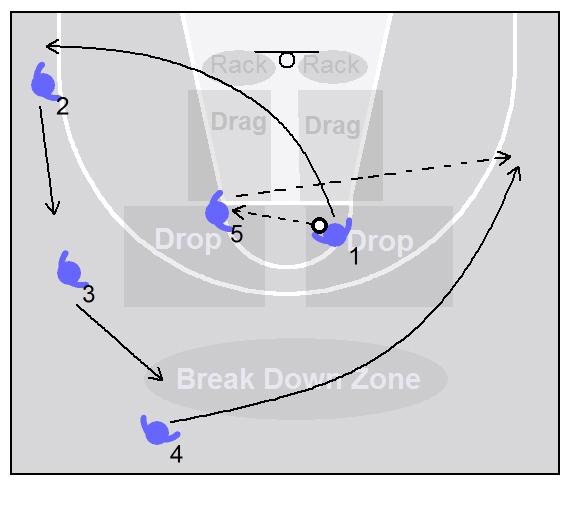 Now O5 has a couple of options: 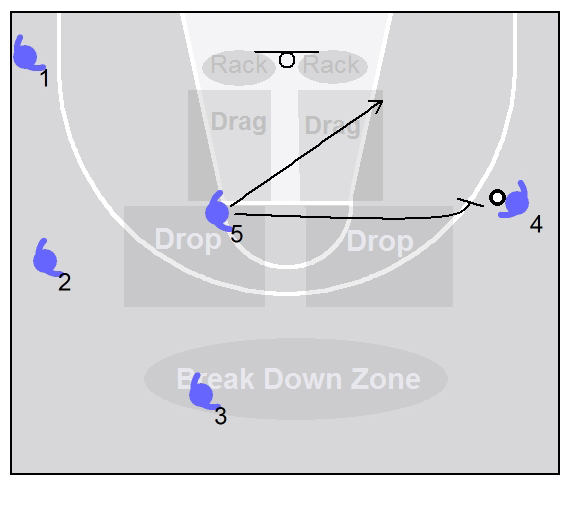 5 can either duck in hard and look for the ball in the post on a give-and-go, or he can set a ball screen and we run the pick and roll.

Note: It’s a common misunderstanding that the ball screen isn’t a part of the Dribble rive offense, but nothing could be more wrong. It would be wrong to exclude such a powerful weapon from your offensive arsenal, and it can be used as part of the Dribble Drive Offense without problems.